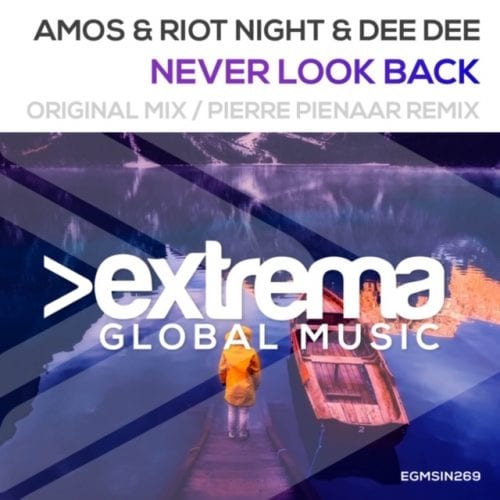 Belgian Eurodance -Vocaltrance Singer-Songwriter Dee Dee, has made her mark in the music scene early 00’s already with her distinguished voice and catchy vocals.

Everybody Remembers her smash hit “FOREVER” , which conquered the world with a bang since it got released in July 2001!
Signed over more than 39 countries it reached #1 in the German and UK dance chart, Official UK top10, Golden status in Hungary, Nominated “Best Dance” at the WMC awards in Miami, to name a few..
Making it one of the biggest club songs of the noughties, being played and supported by the biggest Dj’s at that time, “Forever” is now worth to be called an absolute Clubland Classic after all those years!

The follow up “THE ONE” received major airplay all over the globe, #1 in numerous dance charts worldwide, Belgian top20 and got nominated for the famous Belgian national radio “Donna Awards”.
The international success took Dee Dee from the radio to the clubs and festivals with a big USA-UK tour and shows all over the world such as Israel, Spain, Denmark, Germany ..

After a break in music Dee Dee started to reappear on the radar with several collaborations worldwide..

Her first collaboration in 2009 “WILL I BE FREE” , together with Israeli producer Roni Meller , reached a 3rd place on the Eurodanceweb awards for Israel.
She also teamed up with Spanish super dj’s Marsal Ventura, Alex de Guirior & Submission DJ to create “SEE THE LIGHT” reaching #2 in the Spanish iTunes dance chart just one day after release…
Other memorable collaborations were forged with 2 Vibez, Mike Nero, Pinch & Dash, Silver Nikan, Van Dutch, Dan Winter to name a few…. Going from EDM, Hard style to Hands up music style.
With the release of her self written collaboration “IN MY HEART” together with Danish uplifting Trance Guru “Dreamy” , going straight into the beatport charts worldwide, she went back to her vocal trance roots earlier this year..
Dee Dee self says it’s amazing to work with so many producers around the world doing so many different dance music styles ! She absolutely loves it and they love working with her too. For over 15 years now Dee Dee is working with the same team as to when they started, thus a combination of knowledge, trust and friendship unites with itself.
Dee Dee’s talent is versatile, able to cover a wide range of music styles and more great songs & collaborations are coming your way real soon!

Her Live vocal performance ON stage are outstanding and the crowd loves her! Weather it’s a festival or a club ,her interaction with the audience takes you back to the 00’s and makes you want to party all night long!

OVER ONS
TMM Media is your News, Entertainment, Celebrity website. We provide you with the latest breaking news and videos straight from the media industry. Contact us =>> info@tellmemore.media
VOLG ONS
© TMM MEDIA - ULTRA MUSICA 2010 / 2023 - ALL RIGHTS RESERVED - BE 0770.416.164